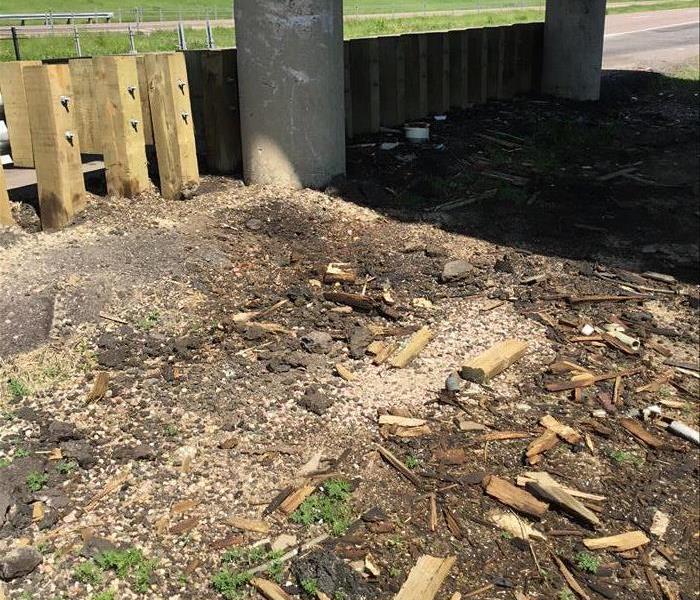 When disaster strikes, we strike back. Near a major interstate  near Sioux Falls a variety of debris were blanketed along an overpass from a recent storm. SERVPRO Of West Sioux Falls was called to action to cleanup. The nature of the cleanup was unique. Mixed in the debris we’re biohazard materials.

Our team methodically sifted through the items isolating the biohazards and properly storing the items for disposal. The rest of the debris was bagged and cleaned up. The DOT was very thankful and were able to mow the grass with piece of mind and safely.

The first photo illustrates the debris field and the second photos shows after our crew cleaned up the site.