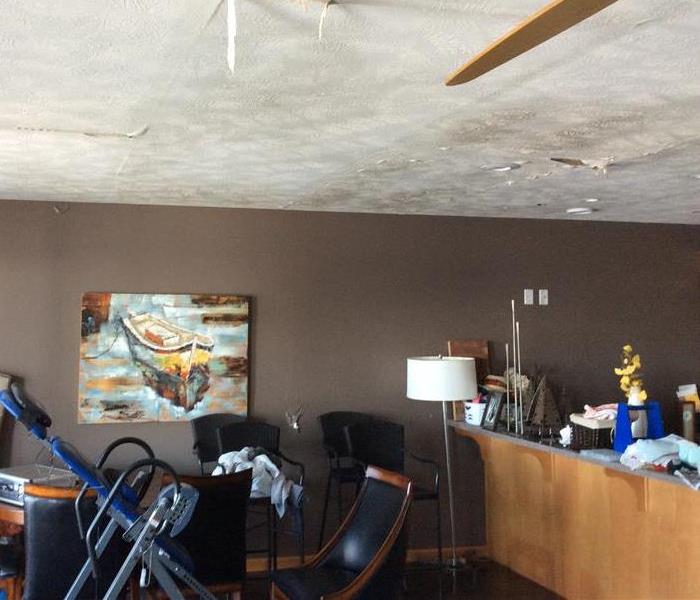 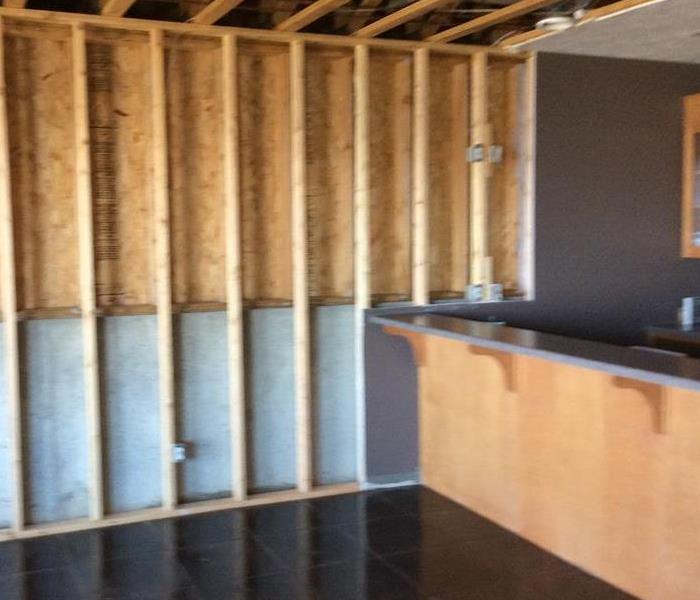 This flooded basement in Madison, SD was a result of a frozen spigot. The pipe burst on the main level. The ceilings were so wet they began to sag and the tape let loose. Water was dripping everywhere. The water ran down inside the exterior wall.

Many of the homeowner's items were completely wet. The crew responded with in the hours. Moved items into a dry area and removed the carpet pad.

The after picture shows the damaged ceiling removed. We removed the insulation and drywall on the exterior wall. The owners were amazed that we responded so quickly, were professional, kept in communication, and finished with in 4 days.